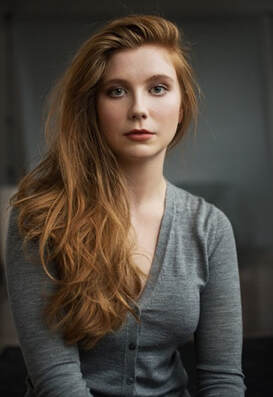 ​Olivia Barnes is an emerging director, actress and mezzo-soprano born in Prince Edward Island, Canada and currently based in Montréal.  Olivia is known for her strengths as an artistic collaborator, her dramatic instincts and range as well as her comic timing.  Following her First place win for Voice at the National Music Festival in 2018, Olivia Barnes was invited to be Artist-in-residence with Opera McGill.  She was granted her Graduate Performance Diploma in Classical singing from McGill University on full-fellowship and her Maîtrise en musique from the Université de Montréal.  Recent productions include stage directing Thomas & Sally, The Certainly Not Sullivan Cabaret, and Joketown and musically directing the Fortissimo Vocal Ensemble and the Confederation Players. 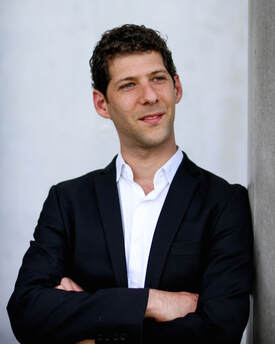 Currently based in Berlin, Israeli conductor Avishay Shalom is a DMA student in orchestral conducting at the College-Conservatory of Music University of Cincinnati. Shalom completed his Master’s degree at CCM after a Bachelor’s degree at the Jerusalem Academy of Music and Dance. Between the years 2015-2017 Shalom was the conductor of  the Graduate studio opera at the College Conservatory of Music, where he conducted Monteverdi’s L’incoronazione di Poppea, Rossini’s Il Signor Bruschino, and Conrad Susa’s Transformations. Between the years 2017-2018 Shalom was part of the exchange program at the Munich School of Music, where he conducted orchestras such as the the Munich Symphony Orchestra, the Hofkapelle Munich, and the Georgian Chamber Orchestra Ingolstadt.
Since October 2018 Shalom resides in Berlin where he works as the musical director of Chamber Choir Consortium Musicum and as a freelancer Repetitor. In July 2019 Shalom served as the Kapellmeister of the Berlin Opera Academy production of Mozart’s “The Marriage of Figaro” and conducted a performance of the show.
Shalom is supported by the REC Music Foundation, a semi-finalist in “Luigi Mancinelli Conducting Competition” in Orvieto, Italy, and a recipient of the America-Israel Cultural Foundation for orchestral conductors.